In the large and colorful story behind the song “Louie Louie,” Dorothy Berry holds a very special role. 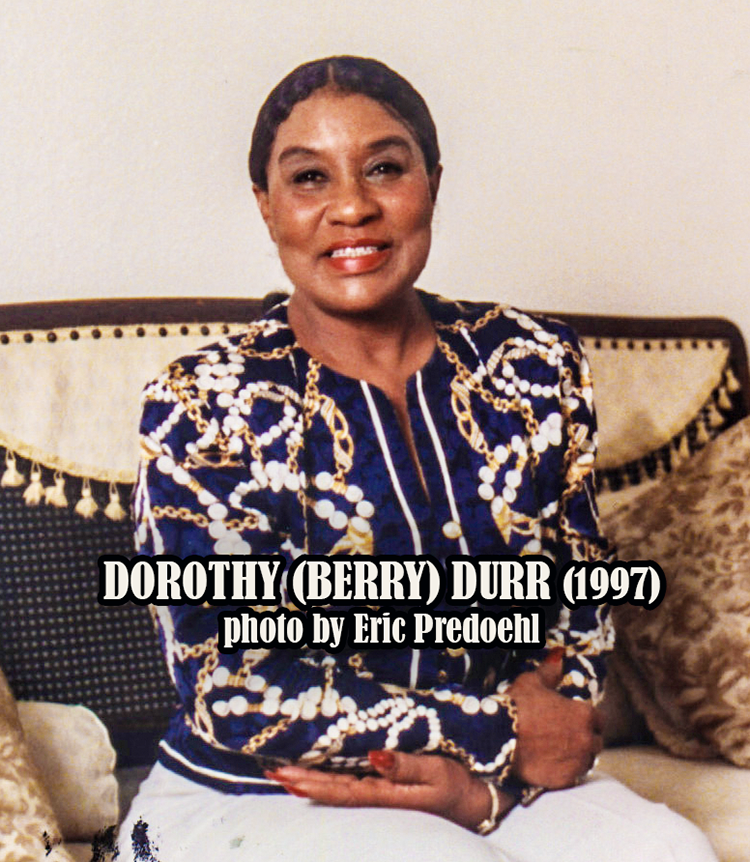 When author Richard Berry wrote the song, he conjured up visions of a person sailing a ship all alone, longing to be with the one he loved. At the time he wrote this song, he was involved in a romantic relationship with a beautiful girl from his old high school by the name of Dorothy Adams. As he wrote the lyrics “a fine little girl- she waits for me,” one could easily come to the conclusion that he was likely inspired by his teenage sweetheart. When they decided they would get married, Richard raised money for the wedding by selling what turned out to be his most popular composition. Richard sold the publishing rights to “Louie Louie” and three other songs for $750, and unknowingly made rock and roll history. Who would have ever guessed this song would have taken on such a life of it’s own? Certainly not Richard or Dorothy?

Richard and Dorothy married in 1957, raising two children, Pam and Marcel. Their marriage lasted over ten years, ending in 1968. Inspired by her husband’s musical talents, Dorothy pursued her own path in the music business, beginning as a singer for the girl group, The Idols in the early 1960s. As she gained more expertise as a lead singer, Dorothy Berry was soon groomed as a solo artist, recording for such labels as Garpax, Challenge, Little Star, and Tangerine. After working with a variety of different projects with such artists as Solomon Burke, the Righteous Brothers, and David Gates, Dorothy Berry was offered an opportunity to join Ray Charles as a Raelette. With a chance to see the world with one of the most successful recording artists of all time, Dorothy joined up with Ray Charles to sing on stage and in the studio.

In the early 1980s, Dorothy decided she had spent enough time on the road and retired from the Ray Charles band. After one particular tour in the Middle East, where she witnessed the consequences of war in Lebanon, Dorothy came home to America, noticeably shaken by what she had seen. Horrified by the ravages of war, Dorothy wrote a song she called “The World Needs Peace.”

When she was ready to do something with this song, she turned to her dear friend, ex-husband Richard Berry. Richard loved the song, and agreed to sing it with her as a duet. The song was released as a 45 single that never quite got the attention it deserved and it languished in obscurity.

In the late 80’s, Richard re-recorded the song as “What We Need,” releasing it as one of three songs on a gospel 12″ record on the Blessed label. On this version of the song, all six of his children provided back-up harmony vocals.

Now, approximately thirty years after its initial release, this song is just as relevant today as the day it was written. While Dorothy and Richard are no longer around to sing this song, their message of hope continues to be timeless.

As fate would have it, this would be the last Richard Berry recording released during his lifetime.

Discogs – Richard Berry – To The Cross / What We Need