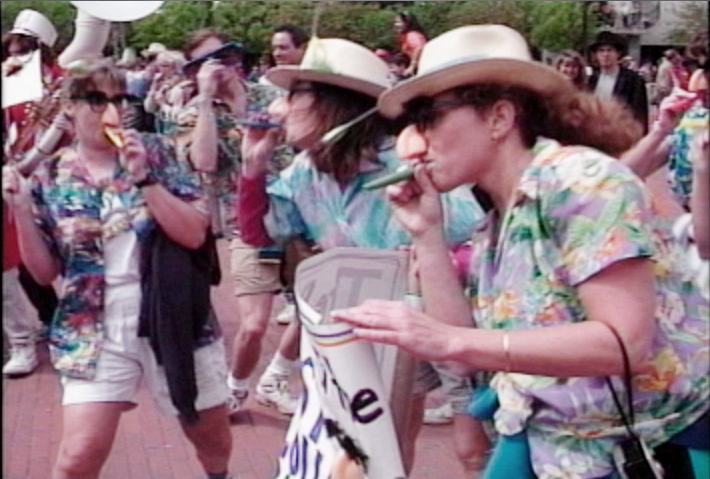 It’s the song that wouldn’t die. And now it will be commemorated for the ages. To mark the spot where a Portland band, The Kingsmen, recorded Richard Berry’s hit song in 1963, Terry Currier from the Oregon Music Hall of Fame will present Portland Mayor Charlie Hales with a bronze plaque at 411 SW 13th Avenue, Thursday, September 5, at 5:05 p.m. The building is now occupied by Skylab Architecture, which approved the plaque design and placement.

This event will kick off a month during which you are invited to not be able to get the song out of your head. The Oregon Music Hall of Fame requested the designation as part of its 2013 Induction, October 5. The Kingsmen – who were inducted in 2007 – will perform at the 2013 ceremony. On that day, Hales will declare October 5, “Louie Louie Day.”

Along with marching bands at 4:00 p.m., the plaque unveiling at 5:05 p.m., and a mayoral proclamation at 5:10 p.m., local confectioner Voodoo Doughnut will present a special “Louie Louie Day” doughnut. Local radio stations are invited to join by playing “Louie Louie” at precisely 4:57 p.m. 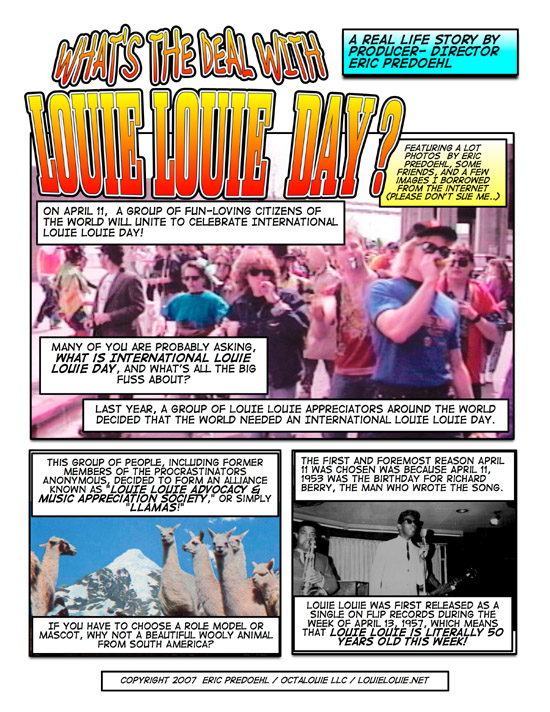 Read the rest of this comic strip by clicking here..

For the latest datails about the upcoming Oregon celebration, check out these pages..

2015 CORRECTION UPDATE:
Anyone see the wrong headline in this post two years ago?