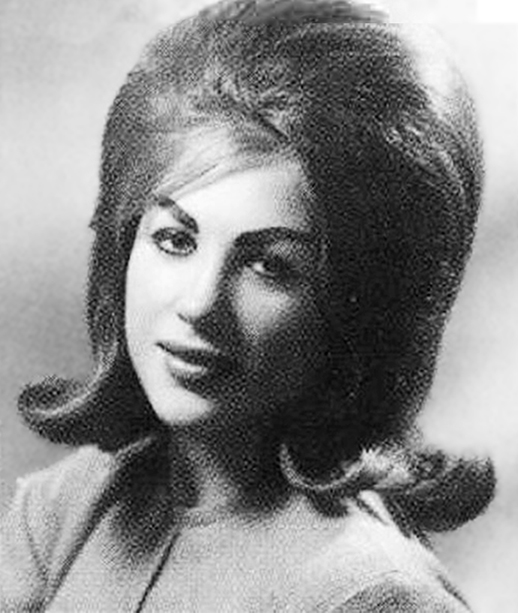 We are saddened to report the passing of Gail Harris, a dynamic female vocalist from the Pacific Northwest. Like Rockin’ Robin Roberts, she was a singer that sang regularly with the Fabulous Wailers as part of their revue show. 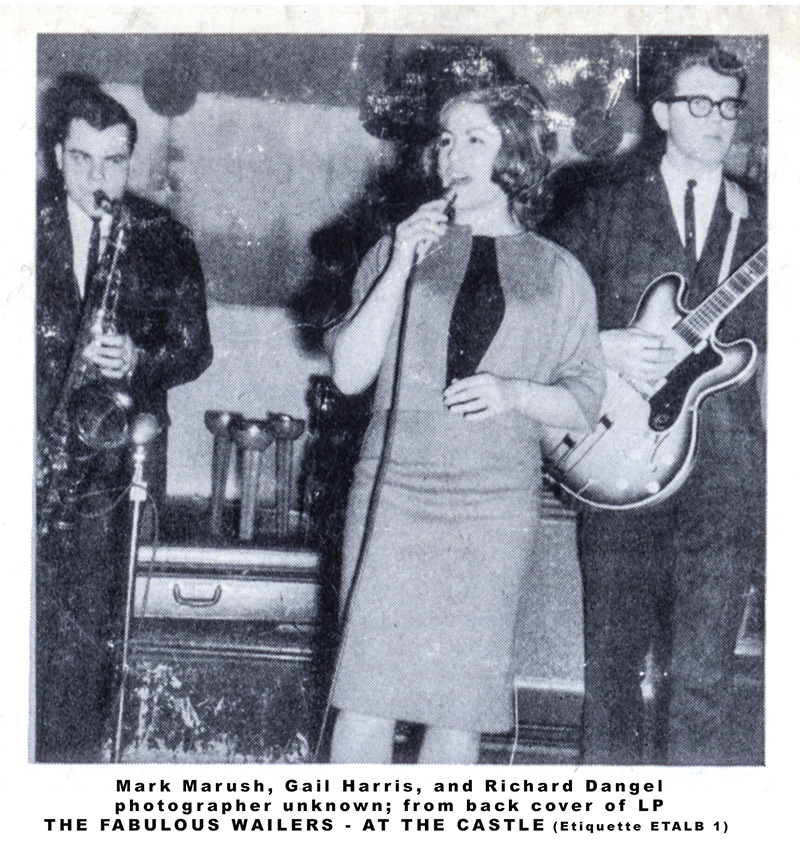 Jivetime Records provided an excellent summary of her career…

The Wailers had begun as an instrumental band like many of the original NW Sound artists. With the addition of “Rockin’ Robin” Roberts, they set out to imitate the R&B revues that were popular at the time…one band backing several featured singers. Obviously, the main attraction was “Rockin’ Robin,” but soon, the group added a “girl singer” from Puyallup named Gail Harris.

Jivetime Records discussed how prior to joining up with the Wailers, Ms. Harris had appeared in several talent contests and on The Bar-K Jamboree, a weekly live radio show hosted by country music artist Buck Owens, who was then pursuing a radio and television career in the Northwest.

Buck Owens wanted Gail Harris to become a regular member of his “gang” but Harris’s first love was R&B, and she was already pursuing her dreams by diligently practicing songs by her favorite R&B artists and honing her stage presence in front of a mirror and for her family. From the beginning of her 2-3 year stint with The Wailers, she must have blown the bobby socks and tenny-runners off every largely teenaged audience. Gail could be compared to both Little Brenda Lee with the clarity of her voice and bravado and the sustained, sexual growl of early recordings by Tina Turner. Gail’s love of R&B made Ike and Turner 1960 hit “I Idolize You” one of her signature songs, and blew the house down every time she performed it.

It didn’t hurt that Gail Harris also looked well beyond her actual age and could be just as demure and charming off stage as she was ravaging onstage while singing. Gail performed “I Idolize You” with The Wailers on their groundbreaking live album, The Fabulous Wailers at The Castle. The record is still one of the NW Sound’s most important albums. It set high standards that other of the early 1960s bands would try to emulate, but only a handful could achieve. The live album also included her interpretation of the Jimmy Davis penned “All I Could Do Was Cry” made famous by Etta James. The live album was rounded-out with four numbers sung by “Rockin Robin” Roberts and two by Kent Morrill. The album was recorded by Seattle legend Joe Boles and produced by Ormsby, Morrill, and promoter/DJ/entrepreneur Pat O’Day. The album was an immediate regional hit when it was released.

Gail Harris didn’t release a lot of records, but what she recorded as a solo artist and as a member of the Wailers was fantastic!

My thoughts go out to her family and friends.

UPDATE: I didn’t realize Gail Harris was also sometimes known and marketed as Gayle Harris. As her Facebook page used “Gail” rather than “Gayle, we shall use that as the definitive spelling.