Sunday, August 26th was one extremely busy day for yours truly!

Months ago, I made big plans to visit Southern California. I already made plans to attend the Animal House Toga Party event featuring the Kingsmen in mid-August. After learning that Gloria A. Jones, a founding member of Richard Berry & the Dreamers, was planning a big birthday bash in Los Angeles sometime late August, I thought that might also be a good time to participate in a LOUIE LOUIE event that my friend Gerry Fialka had been trying to talk me into doing for the past year or so.

As tentative plans were made for Gloria’s party to be held on Saturday, August 25, I told Gerry that Sunday, August 26 would probably be a good time for this LOUIE event.

As fate would have it, after locking down the date for Gerry’s show, Gloria’s party somehow got rescheduled to the same Sunday night…. 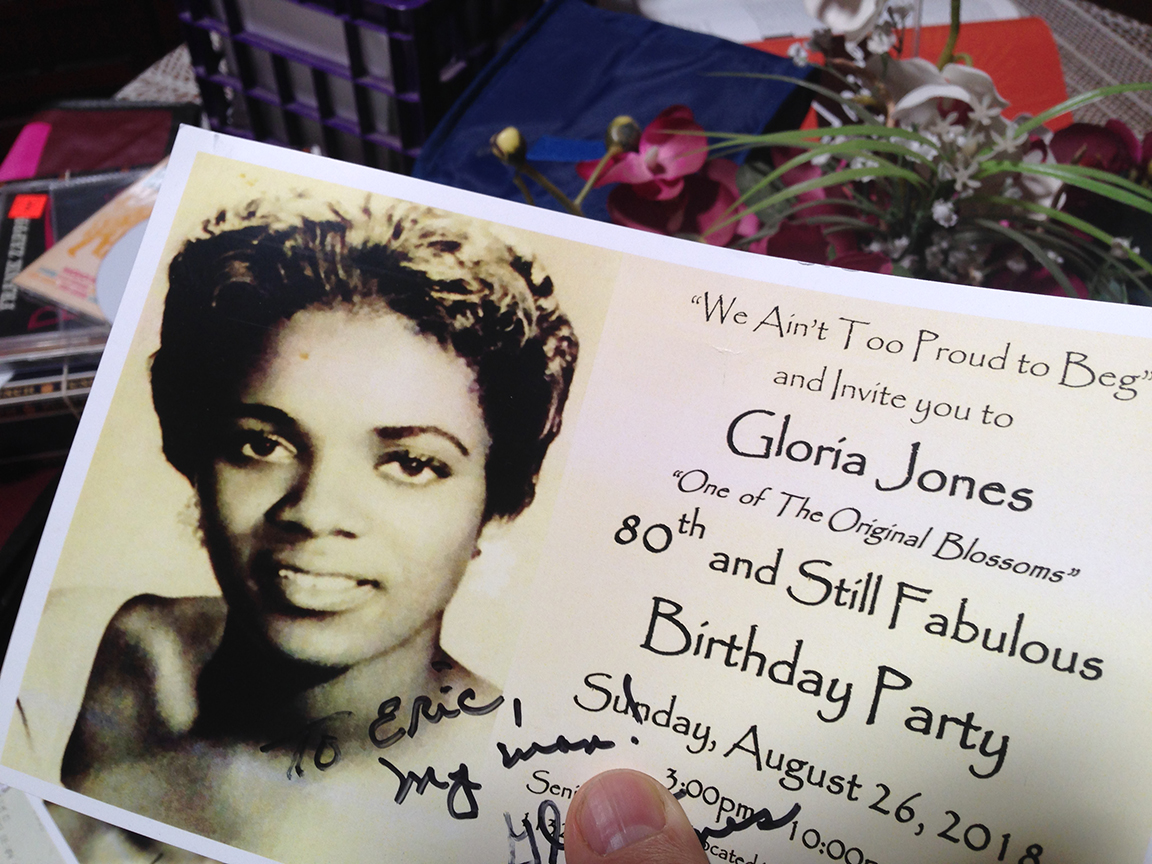 Gloria Jones has a special place in the LOUIE LOUIE universe. She was she the only female vocalist on the original Richard Berry recording of the song. I believe she may also be the last surviving member of the recording session, probably outliving all the Pharaohs* and instrumentalists used in that iconic 1956 recording that was released in April 1957 on the Flip Records label.

(* = I believe all of Richard Berry’s Pharaohs are gone, but I’m still trying to get more information before confirming any of this)

I was very happy when I saw Gloria prominently featured in Morgan Neville‘s 2013, documentary “20 Feet from Stardom,” which won an Oscar for Best Documentary Feature at the 86th Academy Awards.

As I reconnected with Gloria on Facebook this year, I decided I wanted to be there for her 80th Birthday party…

I created a special video for Gloria. She’d never seen my interview with Arthur Lee Maye discussing how he wound up recording “Gloria”- a special song written by Richard. I combined this soundbite with some clips from the 1996 Long Beach reunion shows, and assembled something on Saturday for the big party on Sunday…

While I wasn’t able to stick around for the big concert with the rest of the Dreamers, the Blossoms, Darlene Love and all the other performers, I’m glad I was able to meet up with Gloria all these years later…

Anyways, I had another party to go to… 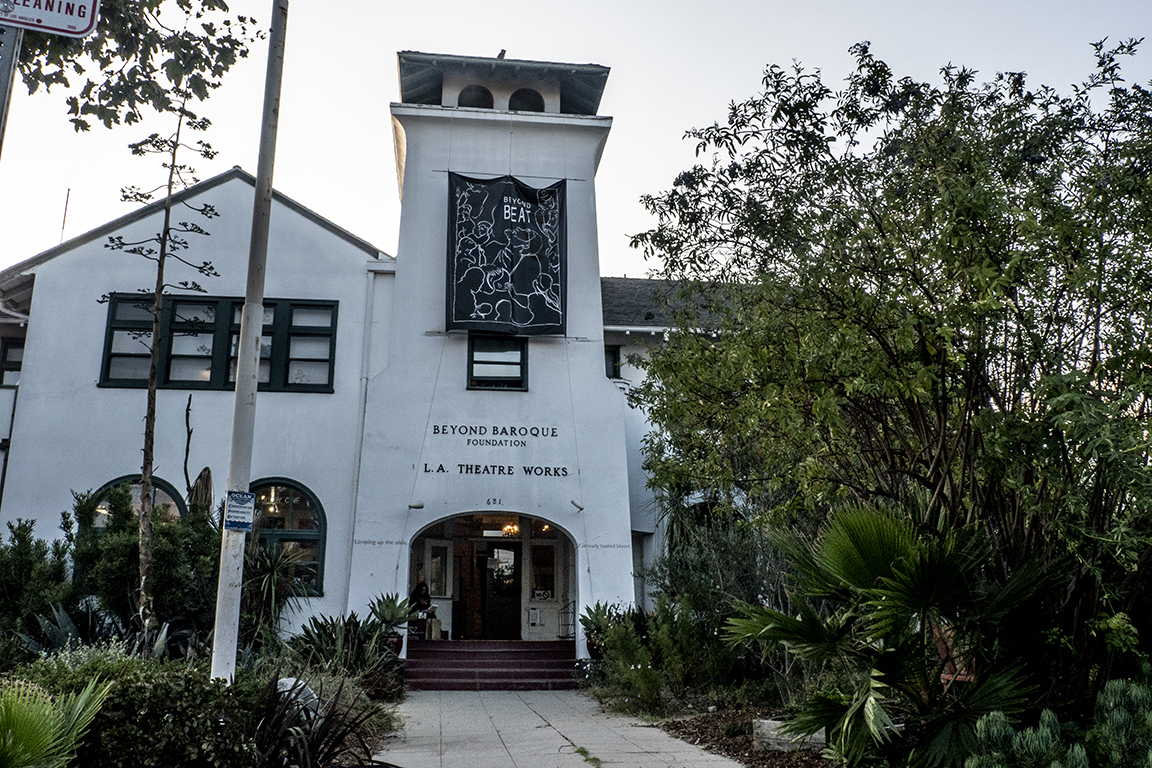 Beyond Baroque turned out to be a wonderful space for this one-of-a-kind LOUIE event. As Gerry pointed out, this location is the world’s largest poetry center, and there’s some wonderful history attached to this building that was originally Venice City Hall, built in 1906. 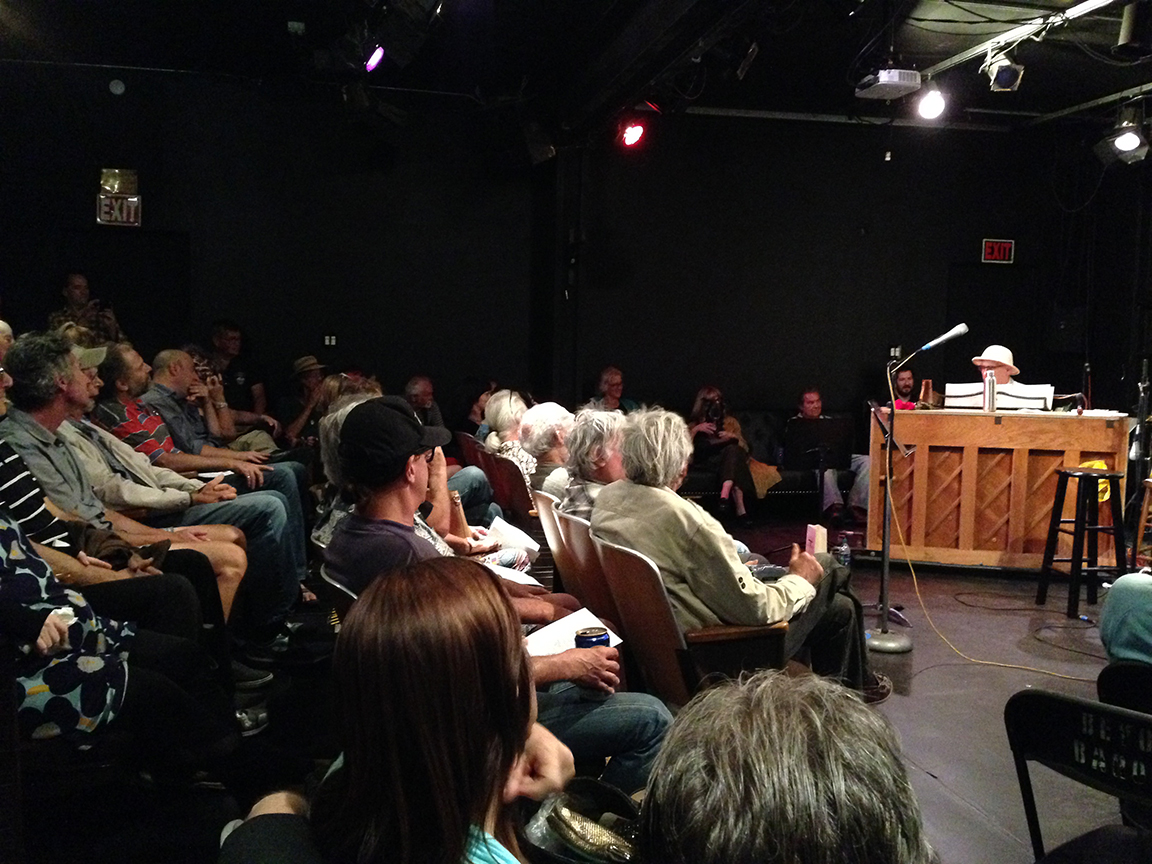 It was wonderful to see the lyrics of Richard’s iconic song celebrated in an actual literary art center. People passed around various lyric sheets, reciting the original lyrics, the reinterpreted lyrics (aka FBI versions) and the otherwise surreal variations.

And of course, it was also exciting to show excerpts of this documentary of mine as a work-in-progress.

I hadn’t done this sort of thing beforee, as I had resisted other invitations in the past, but with recent changes in my life, the timing worked out in our favor. 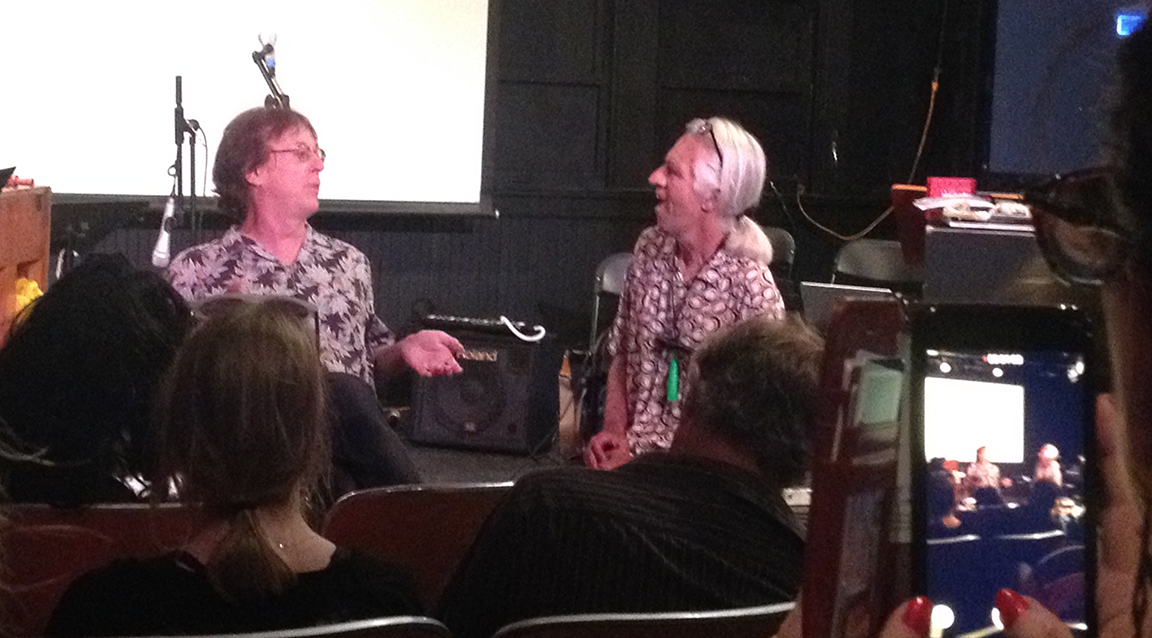 I was humbled that three of my friends from KFJC Radio were able to join me on this one…. especially Jeff Stretch Riedle, who created the spark that inspired this documentary project. Stretch was the man whose efforts started the KFJC LOUIE marathons, including the massive 63 hour event where I decided to borrow some video gear to document the festivities. As Stretch pointed out repeatedly on Sunday, he literally died three times with three cardiac arrests one night in November 2017, and is still with us by the grace of some wonderful beings that saved his life that night.

He’s been waiting very patiently for me to finish this movie, and I really hope to do that in the near future.

After I get a chance to properly digest all the videos of the event, and connect all the names to the awesome performers, I will be sharing footage on this page.

In the meantime, here’s a quick video of the big finale …

On Monday, August 27, I was finally ready to relax.

I wound up at Venice Beach, not far from Beyond Baroque. After thousands of miles of driving, some serious time spent editing a few relatively short segments from the hundreds of hours of video, I was feeling a sense of freedom from a weight that I’d been carrying.

Unfortunately, I left the sunblock in the car, but that’s another story entirely….