It’s time for another rarity borrowed from the LOUIE YouTube universe. 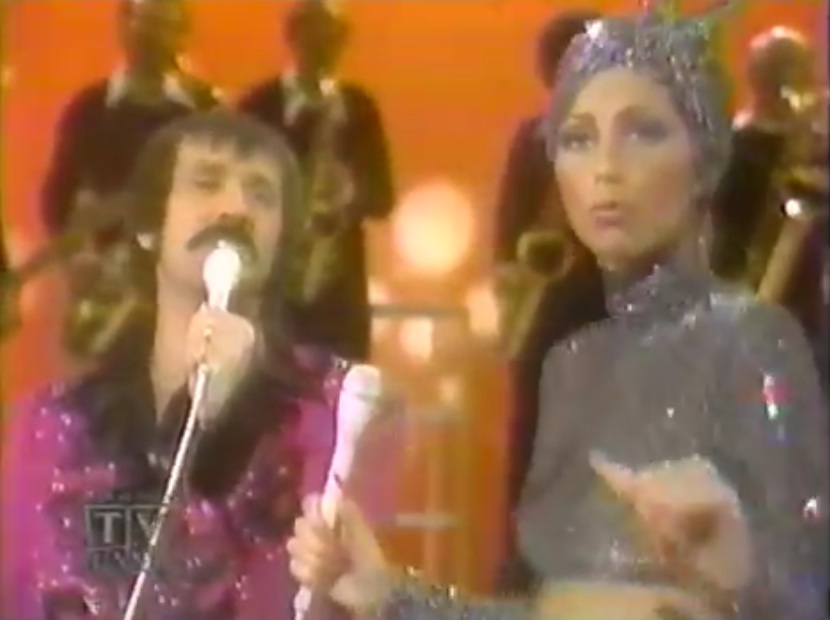 “Brother Louie” is perhaps the most popular LOUIE LOUIE mutant. A lot of people get it confused with Richard Berry‘s “LOUIE LOUIE.” Written and sung by Errol Brown and Tony Wilson of the group Hot Chocolate, it was a top 10 hit in the UK Singles Chart for the band in 1973.

In the USA, the song became a big hit it was covered by The Stories (featuring Ian Lloyd on lead vocals) six months later, becoming a number one hit record on the Billboard Hot 100 in the US. When Louis C.K. created his “Louie” sitcom in 2010, this song was used as the theme song.

This particular version of “Brother Louie” was performed by Sonny & Cher on their “The Sonny & Cher Comedy Hour,” which aired on February 20, 1974 on the CBS network.

Like Richard Berry’s “LOUIE LOUIE,” the song “Brother Louie” uses the phrase “Louie Louie” as a major part of the song.

So far, I’ve yet to hear of a mash-up of both songs… but I have a feeling that could change soon….