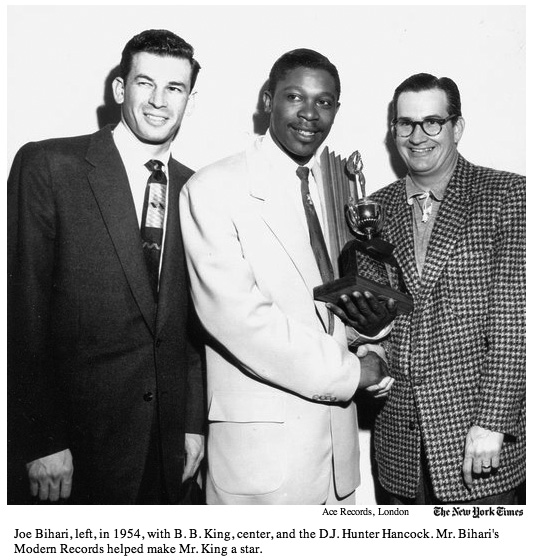 Joe Bihari, the last surviving member of the Bihari brothers, recently passed away on November 28th at the age of 88 years old.

Years before Richard Berry ever wrote LOUIE LOUIE, his very first recording contract was with the Bihari brothers. Richard was a teenager singing with a vocal group that began at Jefferson High School in Los Angeles. After an uneventful audition for John Dolphin of Dolphin Records, the group auditioned for the Bihari brothers, who very impressed by their talents. The Bihari Brothers wanted to sign this group, and rename them after one of their record subsidiaries. Thus, Richard Berry, Cornell Gunther, Obie Jessie, Peter Fox, and Beverly Thompson were transformed into “The Flairs.” This particular configuration of the group lasted for approximately two years before various members, including Richard, would spin off into solo careers. 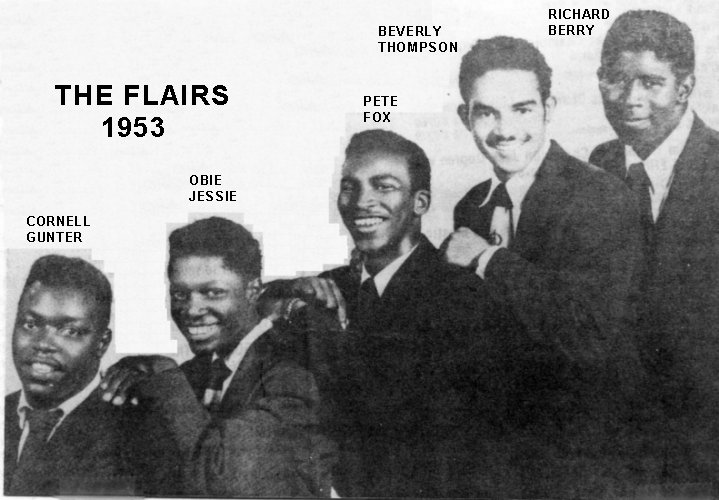 The story about how the Bihari brothers got into the record industry was certainly an interesting tale. The family moved to Los Angeles in the 1940’s, and the oldest brother – Jules Bihari got a job servicing jukeboxes in Watts. When it was discovered there was a significant lack of desired music within these particular districts, Jules and his brothers decided to launch a record label focusing mostly on blues music. By the mere coincidence of being at the right place at the right time, the Bihari brothers created an empire that was the launching pad for some of the most popular blues musicians of the mid-20th century.

Like many other operators in the music industry, some of their practices were questionable by today’s standards. Songwriting credits for songs solely written by artists at Modern were split with fictitious pseudonyms invented by the Bihari brothers. Jules Bihari received songwriter credits as “Jules Taub,” Joe became “Joe Josea” and Sam took credit as “Sam Ling.”

Sharing songwriting credits with “Joe Josea” was one of the things that Richard Berry didn’t appreciate. When his contract expired, he signed with Flip Records, where he released LOUIE LOUIE in 1957 as the sole songwriter for that particular composition.

Years ago, I tried to interview Joe Bihari for the LOUIE project, but I didn’t have any luck in convincing him to participate. At the time, I hadn’t seen any interviews with him, it seemed like a lost opportunity, considering his role within such an influential record label. 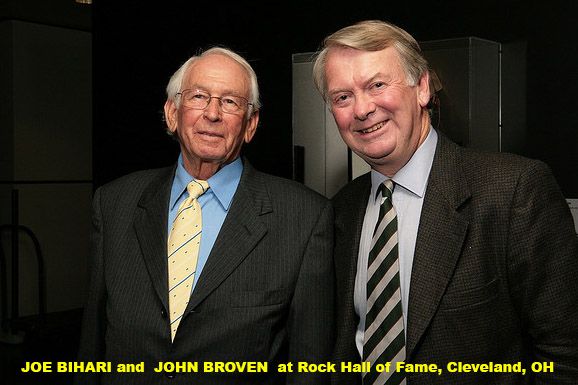 Luckily, Joe Bihari did consent to other interviews. John Broven, who worked with Ace Records, the company that bought the assets of the Bihari brothers record empire, conducted some extensive interviews with Mr. Bihari that were shared in John’s book – Record Makers and Breakers – Voices of the Independent Rock ’n’ Roll Pioneers, which was published in 2009.

Joe Bihari also participated in some public events that year, sharing stories at the Rock Hall of Fame in Cleveland and the Ponderosa Stomp in New Orleans.

Reading some of the various obituaries, Joe Bihari had quite a diverse life, not only working in the recording industry, but also selling after-market motorcycle parts, racing in motocross competitions, and building homes in Pacific Palisades and Beverly Hills.

Rest in peace, Joe Bihari.
Thank you for sharing the music.