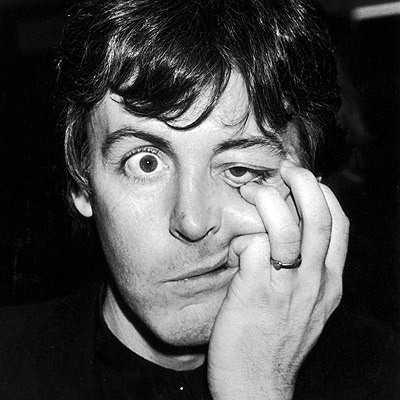 One of the things I hope to eventually prove with this LOUIE documentary project of mine is that LOUIE LOUIE is indeed the world’s most recorded song of all mankind.

In the past, Guiness World Records made the big claim that Paul McCartney‘s “Yesterday” was the world’s most recorded song.

Frankly, as much as I love Paul McCartney and Beatles music (which I absolutely do), I’ve never understood how anyone could arrive at this conclusion.

I’ve heard a few different cover versions by musicians performing “Yesterday,” but there was nowhere near the type of enthusiasm that I’ve seen with the song LOUIE LOUIE. I’ve witnessed some serious passion for LOUIE LOUIE, starting off with a 63 hour marathon that played over 800 versions, continuing with various LOUIE LOUIE parades, LOUIE LOUIE festivals, and even a world-wide effort to declare a special INTERNATIONAL LOUIE LOUIE DAY.

I wondered … did anyone ever feel this kind of dedicated enthusiasm for “Yesterday?”

Thanks to Dangerous Minds, I’ve discovered that someone did indeed share a similar type of dedication by sharing a 10 hour compilation of recordings of the song “Yesterday,” via the YouTube community. It’s a rather impressive testament to the song that demonstrates that there is indeed a dedicated base for this very special song.

Even if all the recordings on this compilation are done by Paul McCartney and/or The Beatles….

Dangerous Minds commented on this…

It’s a lovely song but…

This is sort of like the sonic equivalent of watching an aquarium full of tropical fish for hours. I wonder what kind of effect playing this for days might have in a greenhouse. Would flowers bloom more fully and plants grow taller and greener or would they just die a slow and melancholic death?

My current favorite version of the song is “Scrambled Eggs,” which uses the original lyrics of “Yesterday,” as performed on Jimmmy Fallon‘s TV show back in December 2010.

For more on “Yesterday,” check out the Wikipedia for a quick overview….