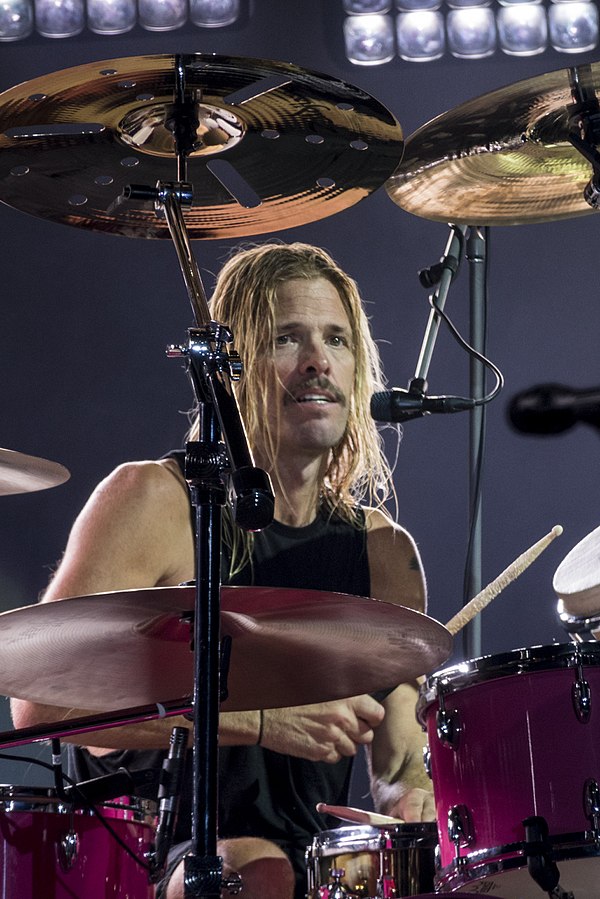 It’s a shock to learn that we lost Taylor Hawkins of the Foo Fighters.

I never met the man, but it seems like everyone who met him just loved this guy.

The bond between Taylor and his Foo Fighter bandmate /leader David Grohl was a special thing to behold. Hawkins joined Foo Fighters in 1997, three years after Grohl created the group upon the disbanding of Nirvana. They became virtual musical twins – two multi-talented musicians that started off as drummers, but wound up doing so much more than that.

As this is the LouieLouie.net site, the webpage that celebrates “all things LOUIE LOUIE,” it seemed appropriate that we should acknowledge Taylor’s “Soundtrack Of My Life” 2016 article for New Music Express, where he discussed the songs that shaped his life.

The first song I remember hearing – The Kingsmen – LOUIE LOUIE

“I remember this one song as a kid and it  just scared the s**t out  of me. ‘Louie Louie’ or something… I don’t know, there’s just something in their voices that sounded evil to me.”

Another thing to note is that Taylor Hawkins was also an actor that played the role of Iggy Pop in the 2013 CBGB docudrama.

Iggy Pop, is of course, a legend in the LOUIE LOUIE universe, as his live 1974 recording of the song, released on the Metallic K.O. album was the first explicitly naughty (as opposed to questionably naughty) version ever released. Iggy also had the distinction of having his second album with the Stooges produced by Don Gallucci, the original keyboard player with the Kingsmen.

I have yet to find a Foo Fighters version of LOUIE LOUIE, but I’m thinking maybe it’ll turn up somewhere…

Anyways, our thoughts go out to the family and friends of Taylor Hawkins.