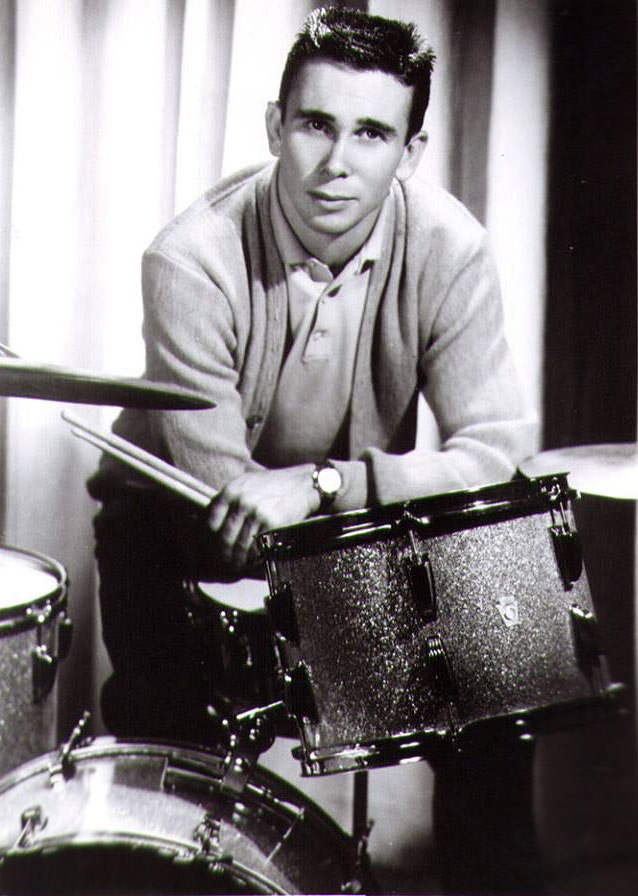 Last month, we lost Sandy Nelson, one of the best-known rock drummers of the early 1960s.

He was the drummer for a lot of Top 40 records, including songs recorded by friends he knew from high school – Jan Berry, Dean Torrence, Kim Fowley, and Phil Spector. In addition to working as a prominent session drummer, he also found success as a solo instrumental recording artist.

His instrumental recording “Teen Beat”, hit the #4 mark on the Billboard Hot 100 list in 1959, selling over one million copies, earning him a gold record. He followed this up with two more Top 40 hits, “Let There Be Drums”, which went to #7 on the Hot 100, and “Drums Are My Beat” (#29). His success wasn’t limited to the USA, as “Let There Be Drums” became a Top 10 hit record in both the United Kingdom and United States in December 1961

In late 1963, Nelson was in a motorcycle accident that left him with injuries that necessitated the amputation of a portion of his right leg. He learned how to play the bass drum with his left leg. As he told a reporter of The Las Vegas Review-Journal in 2017, in the long run, he “developed a little better technique.”

One of the recordings that he did after that accident was the “Boss Beat” album in 1965 which featured a great instrumental version of LOUIE LOUIE.