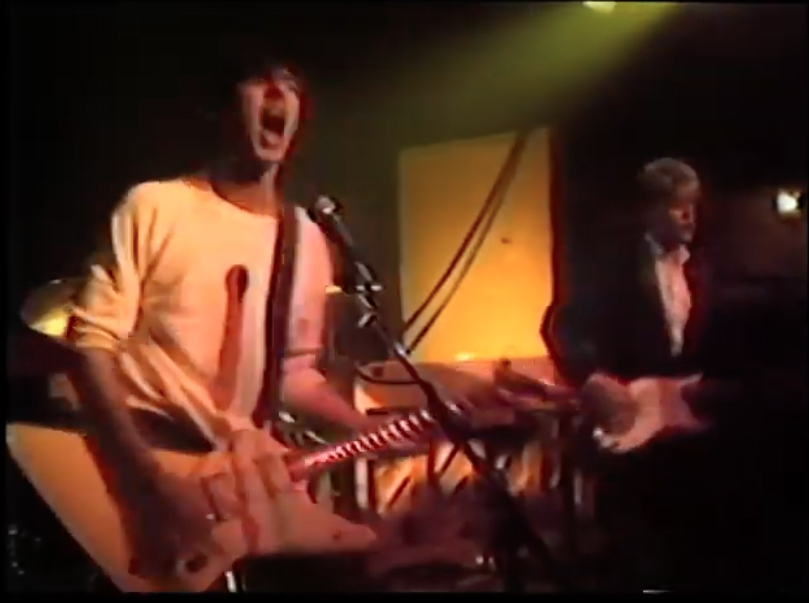 Yesterday, my friend Monte Von Struck‎ shared this one on his Facebook feed..

Look what David Jester, just uncovered !
Louie Louie by the Confidentials back in ’82

I had to ask my friend and LOUIE associate producer David Jester “Who are (or were) The Confidentials?… to which he replied..

This was a Power Band in the early 80’s and was pre-grunge, pre-punk, raw talent exploding on the stage at every gig…
The girls always liked the bad boys… LOL…

Our friend SP Clarke, formerly of the Two Louies magazine, also chimed in..

Confidentials appearing in this line-up are Darrel Strong, lead singer/guitar, Alec Burton drums, and it appears Tim Clift on bass. (Clift replaced Ken E. Cooper). Both these songs are covers. First is Louie, Louie, of course. Second song is “Roadrunner” by Jonathan Richman and the Modern Lovers, not “Radio On.” I don’t remember a whole lot about the Confidentials anymore. This video is probably the best example of the band back in the day:

I asked about the date of this performance, as the video has a 1981 date embedded in the graphics, but the YouTube description labels this as a 1982 performance. The consensus is that this performance probably happened in 1982, when the band was fully active. It also appears that it’s been quite a few years since their last performance.

Here’s a flyer from what might have been one of the shows when this particular LOUIE performance took place.. 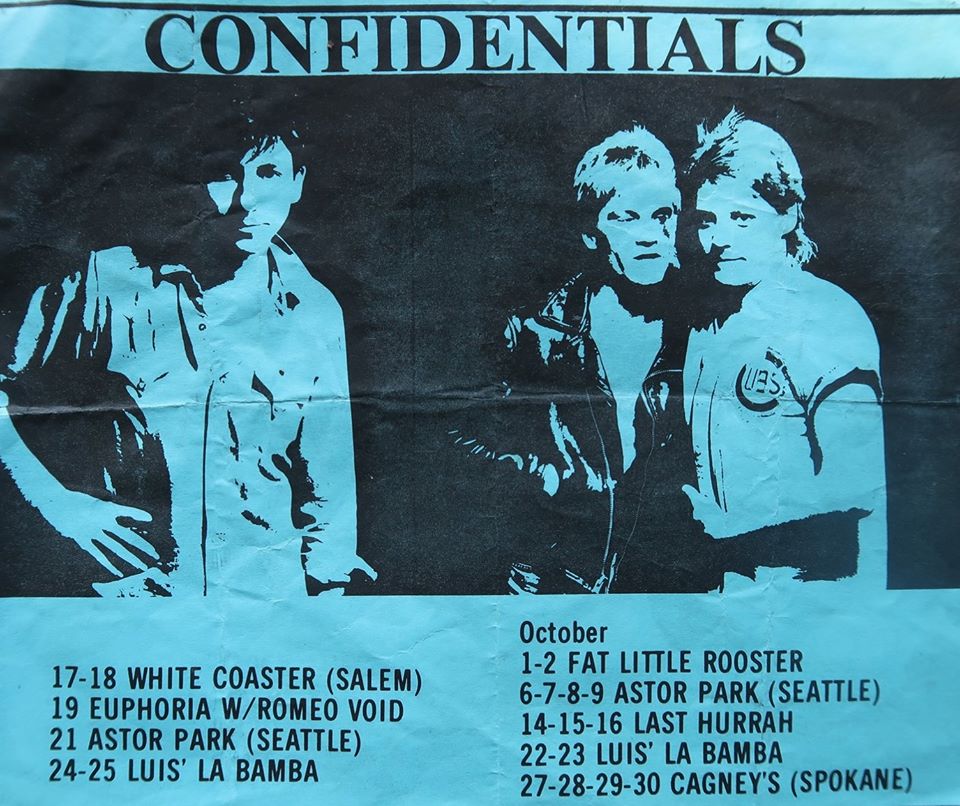 Alec Burton, the drummer, commented on his Facebook page:

I didn’t know this video existed! We never actually rehearsed these songs but would sometimes pull them out for an encore.

1 thought on “The Confidentials – rarely-seen LOUIE from early 80s”