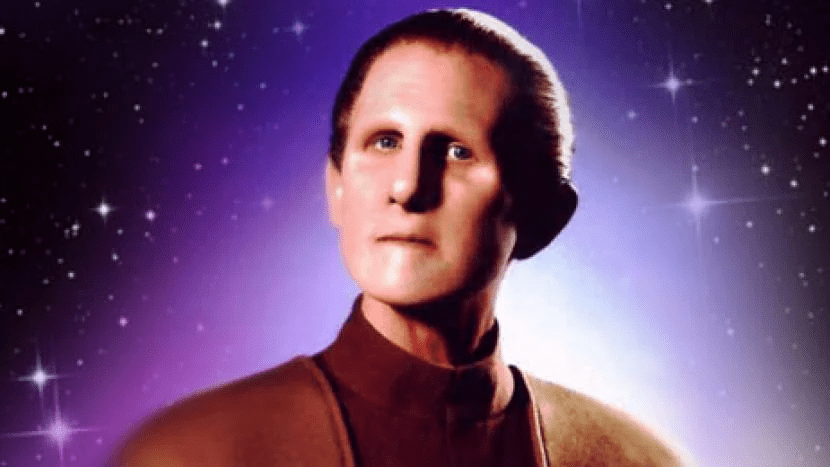 Actor Rene Auberjonois has passed away after a battle with lung cancer.

The New York-born Auberjonois began his career in the theatre in the 1960s, and made his feature film debut in Robert Altman’s M*A*S*H. in 1970, portraying the character of Father Mulcahy.

Auberjonois would go on to become a prolific character actor, enjoying starring roles in the TV series Benson, Boston Legal and Star Trek: Deep Space Nine, in which he portrayed the shape-shifting head of security known as Odo.

It was in that TV show where his character referenced the song LOUIE LOUIE, as noted 10 months ago in a post entitled “LOUIE on TV – part 2.”

Today, we recycle this portion of that post to pay tribute to Mr. Auberjonois.

There’s no LOUIE performance, but the song is discussed in this TV show moment.

In this episode, Odo (René Auberjonois) and Major Kira Nerys (Nana Visitor) travel to a moon in the Badlands as they try to track down a Maquis vessel. They wind up in a small cave, where Kira’s foot is caught in an expanding crystal mass, and it appears her foot cannot be removed from this thing.

24:34 – Odo discusses with Nana the idea of LOUIE LOUIE as a therapeutic sea chanty, and somewhere in this conversation, they discover they are both in love with each other.

On Wikipedia, there’s some solid information about the backstory on this particular episode:

The idea of having a character trapped was taken from the Ken Kesey novel “Sometimes a Great Notion” in which a character is trapped under a log and drowned by rising water. (Co-Screenwriter Ira Steven) Behr described the same scene in the 1971 film as “a great scene in a not so great movie”.The episode was intended to be low budget, but heavy on characterization.

At one point it was intended for Odo to sing the 1955 Richard Berry song “Louie Louie”, which the character described as a sea shanty, but producers couldn’t acquire the rights in time.

Full details on this particular back story can be found in Terry Erdmann‘s 2000 book – “Star Trek: Deep Space Nine Companion.”