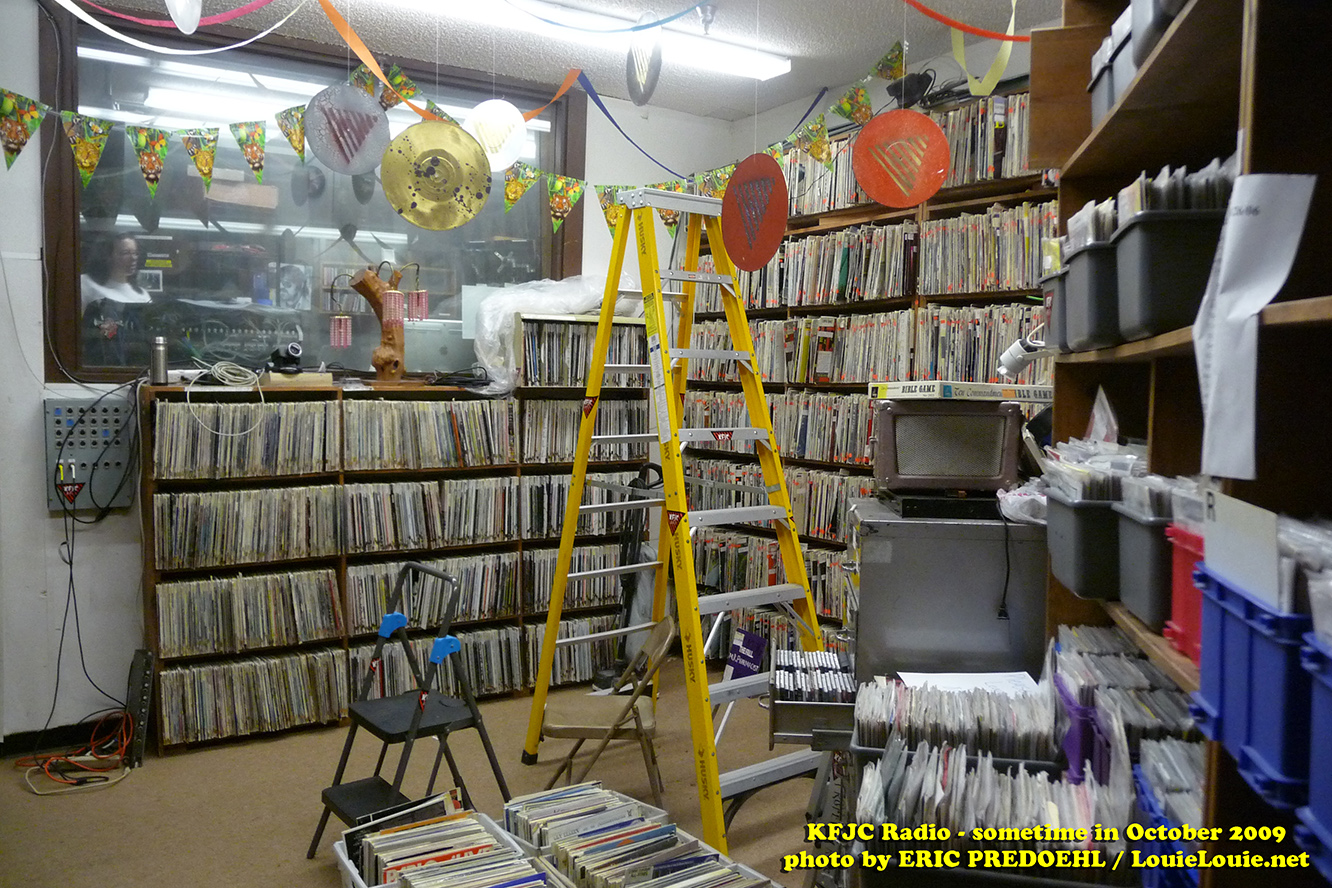 It’s time for a flash from the past, and put the mighty LOUIE LOUIE spotlight on KFJC Radio, which is celebrating it’s 60th year of existence next month.

College radio station KFJC was ground zero for the LOUIE documentary project. It was at this location where the Maximum LOUIE LOUIE marathon took place, featuring over 800 unique versions of the song in the course of 63 hours. This was the place where singer-songwriter Richard Berry received more media attention than he’d ever experienced before, as he became the subject of various TV news broadcasts and newspaper articles, as well as countless conversations with curious people that were excited to meet the man who wrote this very special song.

Today, with this blog, I’ll share some video clips of a few people that did some wonderful things in helping build KFJC radio into the mighty community radio station that is still a thriving community resource in 2019. This is by no means a comprehensive collection, but merely a few stories I happened to capture at the 50th anniversary party ten years ago.

Bob Ballou reminisces about his major role in the formation of KFJC community/ college radio station in 1959.

Alex Pantages (aka Al Monday/ Brother H) reminisces about his time at KFJC community/ college radio station. In this conversation, he talks about how his experiences at KFJC changed his life, his initial moment as the host of the Open Mike show (featuring a very young Stanley Jordan), the very first KFJC April Fools Day celebration, the legendary Maximum LOUIE LOUIE Marathon (which included songwriter Richard Berry), the Frank Zappa 10 hour special, and his role in the creation of KFJC’s Month of Mayhem.

Leah Lubin (aka Leah Angel/Leah Raim) reminisces about her time at KFJC community/ college radio station. In this chat, she discusses her Leah Angel British rock show, her experience as the first public affairs director, which led to a career at commercial radio station KOME as the host of the Express Way radio program.

All of these moments were captured by yours truly, Eric Predoehl (of LouieLouie.net) at the celebration of KFJC’s 50 Year Anniversary, which took place on October 17, 2009 at Foothill College, Los Altos Hills, California.

On October 20th, there will be a special celebration of the 60th anniversary, and I look forward to seeing many of my friends there.