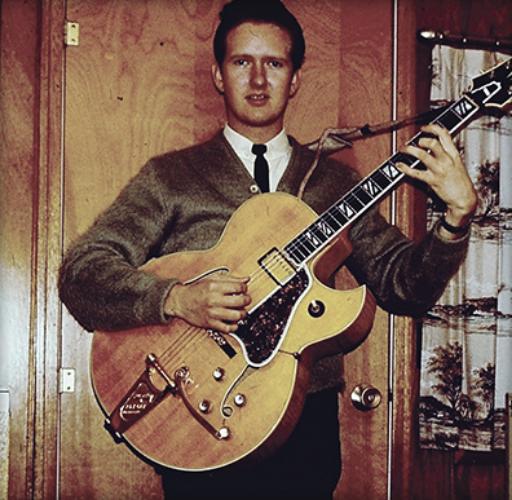 As I woke up on Thursday morning, the first thing I saw on Facebook was this post…

“I’m very sorry to tell you that Steve West, who as a 16 year old Raider played that iconic guitar solo on our 1963 recording of Louie Louie, passed away last night. Steve was on the original contract we had with Columbia Records and was a critical part of the band’s history.
Please keep his wife Linda in your prayers.”
– Mark Lindsay

Along with this update, Mark also included a link to “Steve West, the Lost Raider – LOUIE of the Week” -the 2015 autobiographical article that Steve graciously wrote for this LouieLouie.net site.

Pre Raiders fame, Steve was there for a brief, yet notable time in Raider history. At a young age of 16, it’s Steve West’s incredible guitar playing that can be heard on “Shake It Up” Part 1 and 2, “Night Train”, and “Louie, Louie”. Of course it was “Louie, Louie” that Manager Roger Hart used to convince Columbia Records to sign the group. Roger states, “Steve West was an amazing young guitarist, who joined The Raiders in Portland, 1963, and did the amazing guitar break on the Raiders version of ‘Louie Louie’ which introduced the group to national fame.” “Louie” went #1 on the west coast markets including Hawaii.

In remembrance of Steve West, we ask you to spin our version of “Louie, Louie” featuring Steve West on guitar.

Our thoughts are with his wife Linda, and all of the family during this time.

Steve West, the Lost Raider – LOUIE of the Week