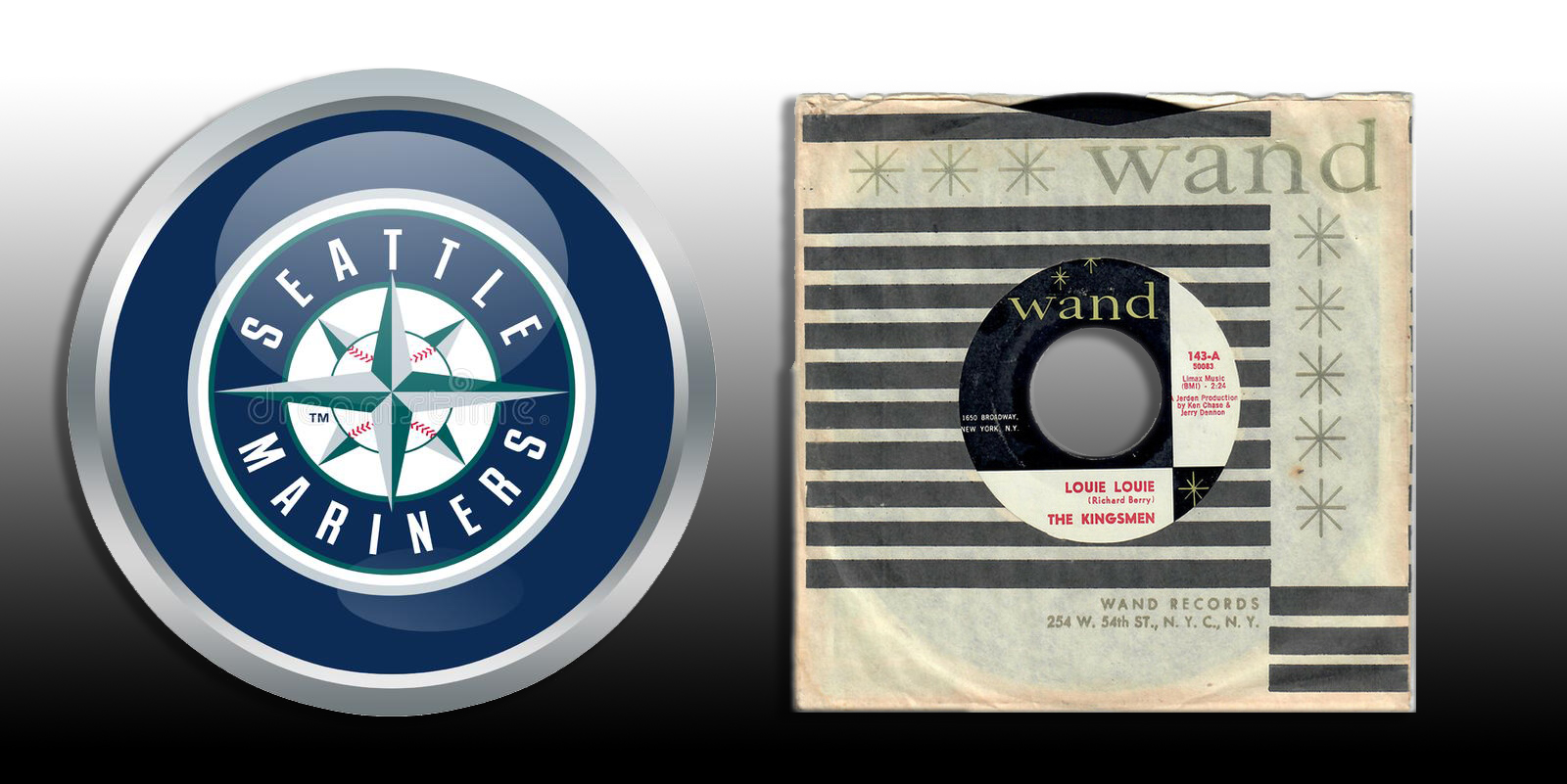 The big LOUIE LOUIE of the week is that the Seattle Mariners are no longer playing LOUIE LOUIE as a seventh inning stretch song.

Zach Mason and Adrianne Leary of SBNation believe that this is a Seattle baseball tradition that absolutely must be preserved!

So it’s devastating to discover that one of the only uniquely Mariners traditions has been broken. We speak, of course, of the replacement of “Louie Louie” during the seventh-inning stretch with Macklemore’s “Can’t Hold Us.” The Mariners have some other traditions too, sure. Finding the hidden ball, the hydro races, Rick giving us our “happy totals.” But if asked to name a Mariners tradition, the average fan (after a sarcastic “losing”) would almost certainly point to “Louie Louie.” It’s iconic. It’s perfect. And it must be returned.

Larry Stone of Seattle Times also wrote about this situation.

Who would have ever guessed that the biggest talking point of the Mariners’ season so far would be a novelty song with largely unintelligible lyrics that was written in 1955?

Granted, this is not one of the burning issues of our time. Yet it seems to have touched a strong chord — A, D and E minor, I’m told — with fans who poured into T-Mobile Park for the first weekend of home games, and beyond.

When it came to the seventh-inning stretch on opening night, many fans were stunned when “Take Me Out To The Ballgame” ended and “Louie Louie” did not come next, as it had for the previous 32 seasons. That was the case Saturday and Sunday, as well. As I tweeted last month during a spring-training game, unaware of the hornets nest that would be stirred up a few weeks later, “After two decades at Safeco Field/T-Mobile Park, my brain subliminally anticipates ‘Louie Louie‘ the moment ‘Take Me Out To The Ballgame’ ends.”

This particular article also provides a decent overview of how the song was adopted by the Mariners back in 1990, and the movement to bring “new, fresh energy to the ballpark”

I was getting so many questions about this that I went straight to the man himself, Kevin Martinez, the head of Mariners’ marketing. He acknowledged that with regard to the decision to drop “Louie Louie,” the buck stops with him as the senior vice president of marketing and communications. He says that he is well aware of the backlash in some quarters, and that the Mariners will continue to evaluate. And he says that for the foreseeable future, Macklemore will continue to be the seventh-inning-stretch companion, like it or not.

There is a petition to reinstate LOUIE LOUIE as the seventh inning stretch song, which you can view and sign at:
https://www.change.org/p/bring-back-louie-louie-during-the-7th-inning-stretch

As the Seattle Times pointed out…

The Mariners started pairing “Louie Louie” with “Take Me Out To The Ballgame” in the seventh inning at the start of the 1990 season, but it really cemented itself as the official seventh-inning stretch song June 2, 1990, when the Kingsmen were invited to perform live at the Kingdome as a promotion.

I’d love to see footage of that moment!

In the meantime, here’s nice clip of one of those 7th inning moments…

SBNation – Oh, baby, “Louie Louie” did not have to go
Seattle Times – Here’s why the Mariners aren’t playing ‘Louie Louie’ during the seventh-inning stretch
Change.org petition – Bring Back “Louie Louie” During the 7th Inning Stretch

1 thought on “Seattle Mariners and the LOUIE 7th Inning Stretch”