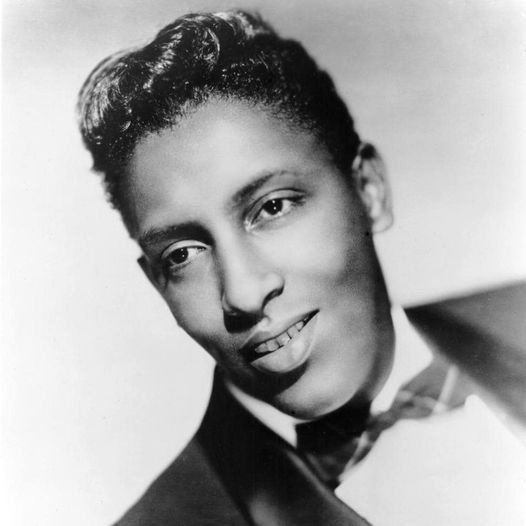 It’s February – Black History Month, and this seems like a good time as any to pause to remember one of the great underrated rhythm and blues singers from Los Angeles in the 1950s.

Richard Berry, the man responsible for writing the song LOUIE LOUIE, had high praise for Jesse Belvin, who he considered as a mentor. In the Los Angeles rhythm and blues community, Jesse was often considered one of the most influential singer-songwriters from the tradition of vocal harmony groups known as Doo-Wop music.

Jesse Belvin doesn’t seem to get a lot of attention in rock and roll history books, but I was pleasantly surprised to see him acknowledged in two different documentaries on the short life of Sam Cooke.

“ReMastered: The Two Killings of Sam Cooke” (Netflix) and “Lady You Shot Me: Life and Death of Sam Cooke” (Prime Video) both discuss the tragic death of Jesse Belvin after both musicians performed at the first integrated concert in Little Rock, Arkansas in 1960.

The South was a very dangerous place for black musicians in the 1960s.

While the USA has made great strides in the past 60+ years, we’re still facing some real problems in 2021.

This week, as we pay tribute to Jesse Belvin, we’ll share some recycled and slightly modified words originally posted by our friend Deborah Roldan-Dixon, who runs the Juke Jive n’ Jam Facebook group.

An R&B singer, pianist and songwriter popular in the 1950s, Belvin’s success was cut short by his death in a car crash at age 27.

Born in Texarkana, Texas, Belvin moved with his family to Los Angeles at the age of five. In 1950, he joined saxophonist Big Jay McNeely’s backing vocal quartet —Three Dots and a Dash — and was featured prominently on their record releases.

In 1952, he joined Specialty Records. Although his early solo records were unsuccessful, his fourth record, “Dream Girl,” credited to Jesse & Marvin and featuring Marvin Phillips on saxophone, reached #2 on the R&B charts in 1953.

He was then drafted into the Army, but continued to write songs during his enlistment. His composition, “Earth Angel,” eventually co-credited to Belvin and Hollywood Flames singers Curtis Williams and Gaynel Hodge after a legal dispute, was recorded by The Penguins. It became one of the first R&B singles to cross over onto the pop charts, selling a million copies in 1954/55.

In 1956, he signed a contract with Modern Records, but also continued to sing for other labels under different names. His biggest hit was “Goodnight My Love,” which reached #7 on the R&B chart.

The piano on the session was reportedly played by the 11-year-old Barry White. The song became the closing theme to Alan Freed’s rock and roll radio shows.

Belvin’s other recordings for Modern were less successful, and in 1958 he recorded on Dot Records with a group, The Shields, who included lead singer Frankie Ervin and guitarist Johnny “Guitar” Watson. Their record, “You Cheated,” reached #15 on the U.S. pop chart and #11 on the R&B chart. He also recorded with Eugene Church as the Cliques on a less successful single, “Girl of My Dreams” which was covered by the Four Lovers. Two of group’s members including Frankie Valli would later become The Four Seasons. Inspired by his wife and manager, Jo Anne, to develop his style, he signed to RCA Records in 1959. He immediately had a Top 40 hit with “Guess Who,” written by his wife.

He also recorded an album, Just Jesse Belvin, developing a more mature and sophisticated sound on ballads. His style was influenced by Nat “King” Cole and Billy Eckstine, and became a model for Sam Cooke and others.
He acquired the nickname “Mr. Easy,” and the record company began moulding him as a potential crossover star for white audiences, as well as a professional rival to Capitol Records’ recording star, Nat “King” Cole.
He recorded a further series of tracks later in the year, with arranger Marty Paich and an orchestra including saxophonist Art Pepper. The songs included soulful covers of standards like “Blues in the Night,” “In the Still of the Night” and “Makin’ Whoopee.” They were issued on the album, Mr. Easy.

However, before the album was issued, and shortly after finishing a performance in Little Rock on a bill with Sam Cooke, Jackie Wilson and Marv Johnson, Belvin and his wife were killed in a head-on collision on February 6, 1960 at Hope, Arkansas.

The concert was the first concert played before an integrated audience in the history of Little Rock, and had been stopped twice by interruptions from whites in the audience. They shouted racial epithets and urged the white teenagers in attendance to leave at once.

There had been several death threats on Belvin prior to the concert, and that led to speculation that Belvin’s car had been tampered with prior to the accident.

Various journalists have argued that the car had indeed been tampered with and Jackie Wilson made a statement to the press that his lawyer would look into the matter, but nothing ever became of that.

As was reported in some obituaries, it was believed that the driver nodded off, lost control of the car and had a head-on collision with a car traveling in the opposite direction. According to those publications, the driver had previously been recently fired for falling asleep at the wheel by another musical act.